LIFESTYLE: The Mind of Shane Dawson

Unless you have been living under a rock recently, you may have heard of YouTube megastar Shane Dawson taking over the internet, one video at a time. 30-Year-Old Shane, who is originally from Long Beach California is one of the original YouTubers, with his first video being released 8 years ago. From the career that he has had, he has raked up an impressive 18 million subscribers from across the globe, which when you think about it, is more than what Greece has as a population altogether!

From his 8-year reign on YouTube, Shane has shared a lot of heartfelt moments with his subscribers. He shared his coming out story, which takes a lot of guts to put out to millions of people and helped many different people multiple times, by buying them a car or giving them money to help pursue their dreams.

Shane doesn’t create the amazing content alone. His sidekick Andrew Siwicki helps to film and edit a lot of the footage to help create the magic. Andrew Siwicki is a 26-year-old content creator, who is most commonly known for working with Shane for almost a year, changing the quality and dynamic of Shane’s videos completely. You can clearly see the change in the quality and editing by the pair working together, and it is definitely paying off!

In the past few months, Shane has been changing the angle of YouTube completely, by releasing various different mini documentaries, based on controversial youtubers. His current 8-part documentary on the ‘Mind of Jake Paul’ goes into immense detail about the controversial YouTuber, who at 22 years old built a massive empire for himself, also known as ‘Team 10’. The documentary explores the stars controversies and the possibility of Jake being a ‘Sociopath’. It has gripped the internet community, by having over 100 million views for the series, which is insane when you think about it. To see how the series developed, you’ll have to find out for yourself over on Shane’s channel.

Prior to the ‘Mind of Jake Paul’, Shane and Andrew also did a documentary about the infamous youtuber and makeup artist Jeffree Star. I mean if you love makeup you probably have heard of his liquid lipsticks and skin frosts (I know, they are pretty amazing if you ask me). Shane explores Jeffree Stars’ secret life, and how he has managed to create such a lavish life like he has in such little time. It also includes the dark past of Jeffree, and he talks about the hard times he has gone through to make him be the person he is today. It is a very powerful and genuine documentary, and it sees the highs and lows of Jeffree’s past, and how it made him into the person he is today.

However, the one topic that started off the documentaries, was a three-part miniseries about the controversial ‘Tanacon’ convention. The convention was created by influencer Tana Mongeau in order to against the famous convention Vidcon, as Tana had said that they did not treat her well in the past. She teamed up with event organisers Good Times Entertainment to create the convention, and Tana got told that it will be the best thing that has ever happened and got promised a lot from the event organiser.  When the event date came around, it went into a bit of a disaster, with people being left outside getting sun burnt with lack of water, as well as the inside being over capacity, all in all it was a bit of a disaster. Shane was to appear at Tanacon as a celebrity guest, but the event was later cancelled. Shane knew that many people was left with unanswered questions, which lead him into making the series with Andrew, which turned out to be a massive hit.

The pair have recently got recognition for their work, by winning a streamy award for their editing for the ‘Truth about Tanacon’. If you ask me is rightly deserved, I mean, not many people can pull these documentaries off like Shane. Whether you like Shane’s content or not, not many media outlets, let alone YouTubers would be able to produce this style of video like he has done. 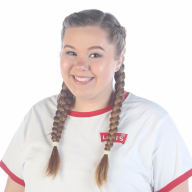